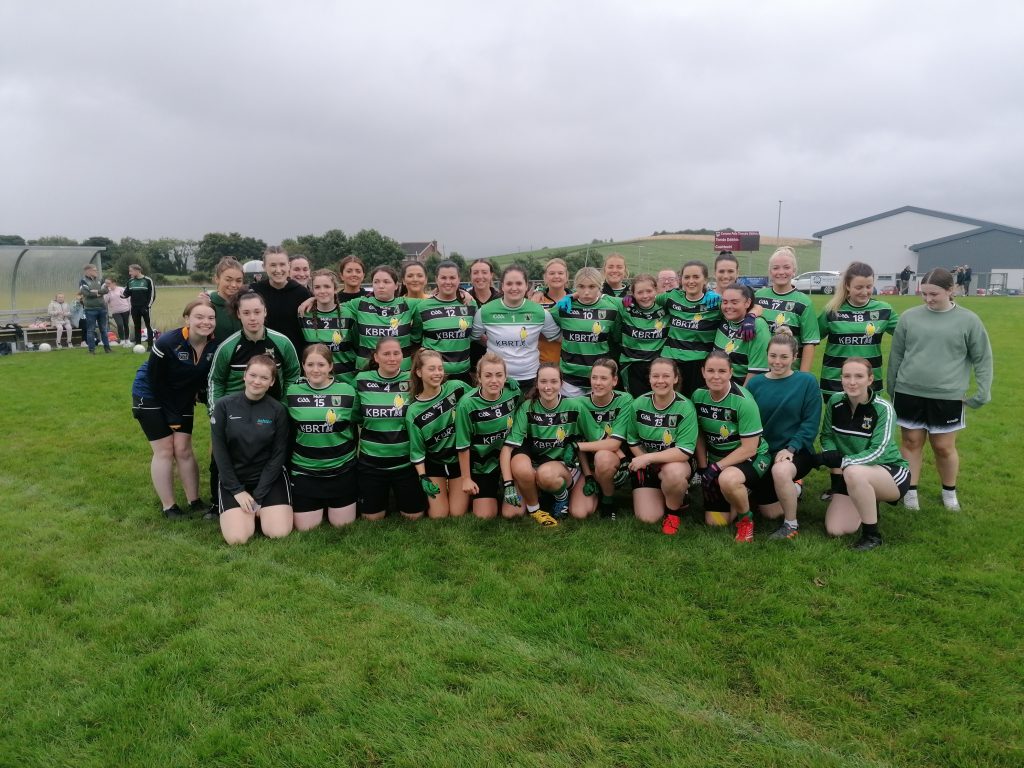 There were plenty of positives to be taken from Wolfe Tones Ladies first ever competitive game in Newry on Monday evening as the newly formed team travelled to face Division 3 Armagh side Thomas Davis. Playing on grass and in autumnal conditions for the first time, Wolfe Tones performed well for a team on their first ever outing although the experience of Thomas Davis, built up over years was telling.

Although the old Wolfe Tone club had a camogie unit, this was the first time that a ladies’ outfit had ever played the big ball game representing the North Belfast district and they did themselves proud against a team with years of experience.

Caoimhe Cleary made a number of excellent saves between the sticks whilst Lauren Moore, Jenny Rogan and Aimee Adams’ defensive efforts in the full back line forced the South Armagh outfit to shoot from distance.

Michelle McKernon’s fielding and subsequent runs from right half back fed the Wolfe Tones attack with Morgan McGovern-Moore running the Thomas Davis half-back line ragged. Midfield duo of Rachael Montgomery and Rachael Murphy proved themselves well able of taking on their opponents and points from Bláithín McBride and Charlotte Woods put Wolfe Tones on the scoresheet.

The second half introduction of Sarah McCullough proved fruitful as she stormed through the Thomas Davis defence to claim the club’s first ever goal.

A late penalty and the resultant goal gave a bit of shine to the result for Thomas Davis who ran out 2-9 to 1-3 winners.

Sean Harkin’s management team are now in the process of arranging further challenge games for the autumn and winter to prepare the team for next year’s league and championship.