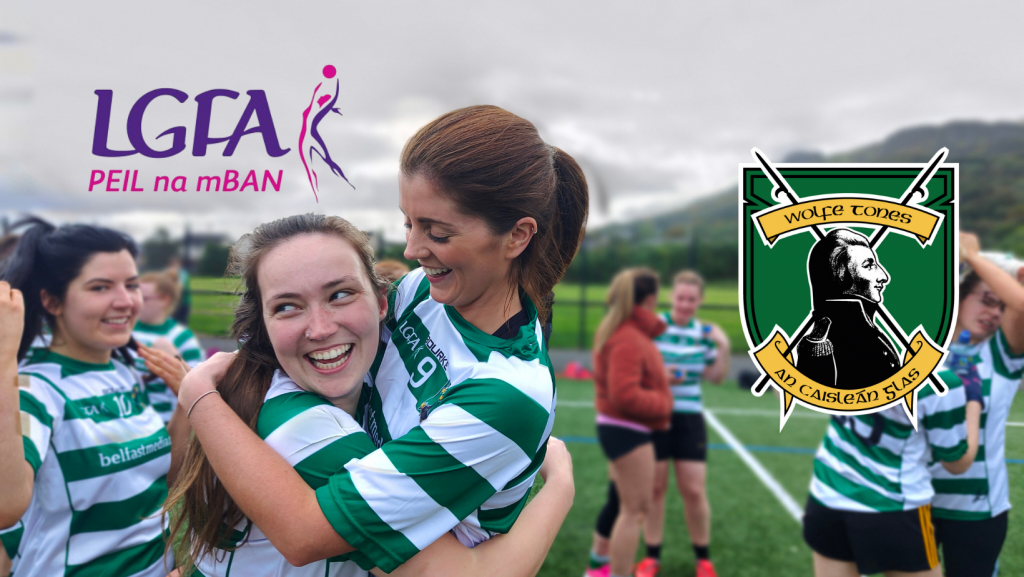 Playing in their new Belfast Media Group sponsored kits for the first time, Wolfe Tones Ladies ran out 3-6 to 1-9 winners over a spirited Thomas Davis side at The Valley to claim their first ever victory yesterday.

Just 8 weeks ago the same sides met on a rainy night in South Armagh with Thomas Davis taking the victory on that occasion but in the intervening period the hard work put in by the North Belfast Ladies was enough to get the win.

Sean Harkin’s team took an early lead with a goal and point in the opening minutes but the sides went in at half time level after Thomas Davis hit four points from play. A second half goal from the South Armagh outfit sent them into the lead but a quick volley of late goals and points from Laurens Moore and Tohill edged Greencastle in front.

A number of vital saves from Caoimhe Cleary in the Wolfe Tones goal confined Thomas Davis to just the one goal and other standout performances came from Sophie Magee and Michelle McKernon in midfield who, like a lot of the Wolfe Tones team, have only been playing Gaelic Football since early summer.