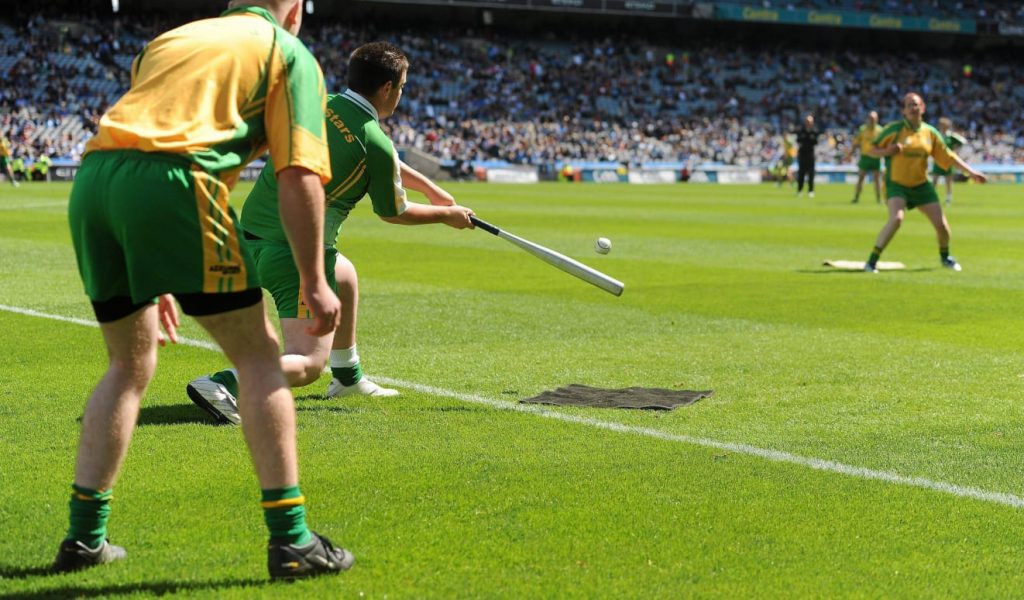 One of the four sports in the original GAA charter when the Association was established in 1884, Rounders is a bat and ball game similar to baseball. In fact the game of Baseball is thought to have originated in the United States with Irish Immigrants who arrived in the country in huge numbers in the mid-19th Century.

We’ve met with enormous success, with Wolfe Tones’ Mark McCabe being selected to play for Ulster at the inter-provincial championships which were held at Abbotstown GAA national Centre of Excellence in late March and our own invitational during which we welcomed clubs from Monaghan and Armagh.

Rounders is the only GAA sport where men and women can play on the same team and is popular amongst older players, however it is also growing at youth level due to its non-contact element.

Wolfe Tones Rounders train on Sundays at 12:30pm at the Valley V36 and this summer we will be running a Youth Summer Scheme for kids up to Under 14s.

As a GAA sport, Rounders players are covered by the GAA insurance schemes. For more information, visit the GAA Rounders website