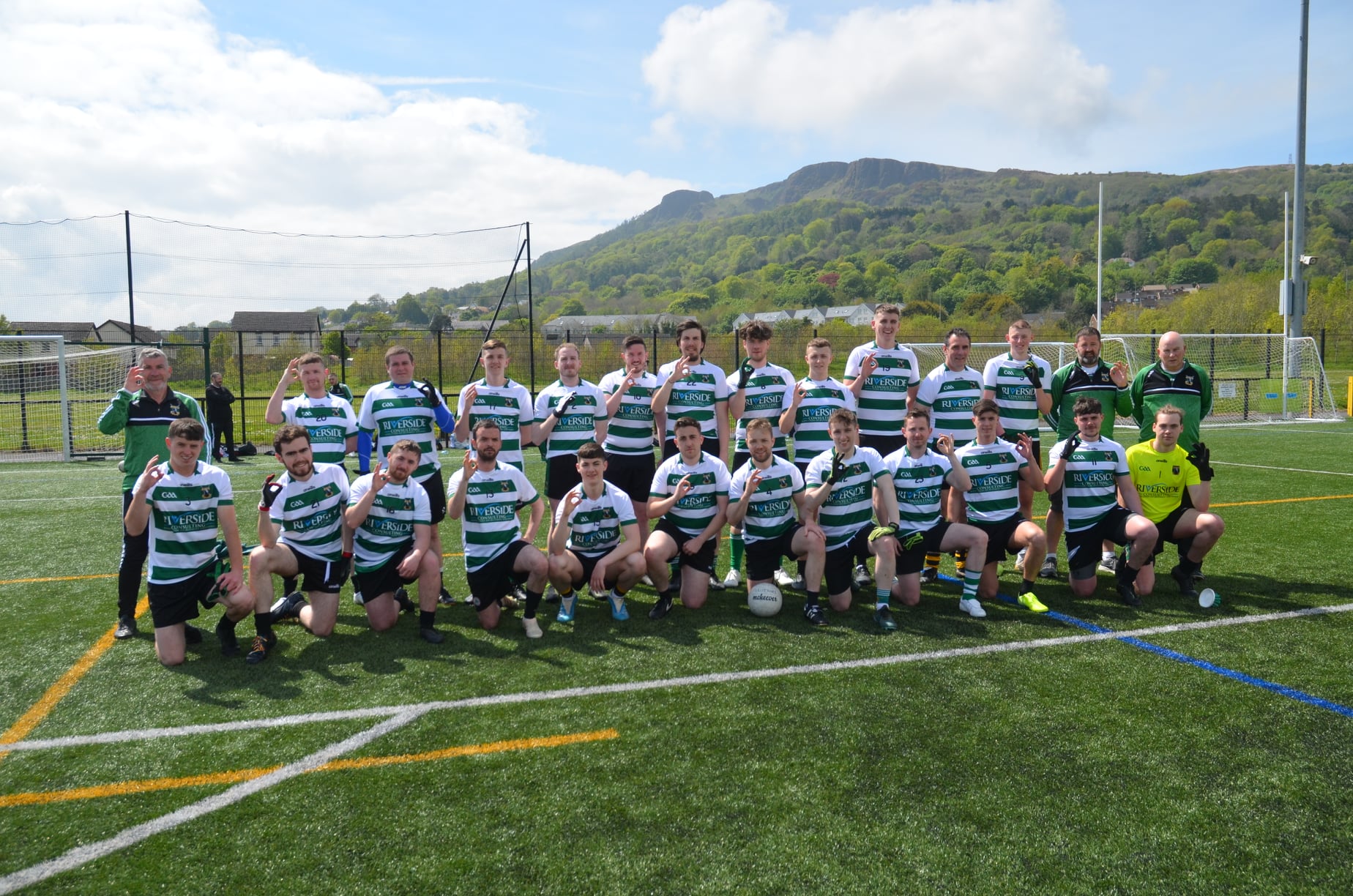 Despite being the first venture of Wolfe Tones GAC, our senior men’s team finally completed their first full competitive season as a group after reforming almost two years ago. Originally due to start in April 2020, that start date was delayed until September 2020 as society was gripped by the Covid-19 pandemic. In September 2020 the South Antrim season was wrapped up after two games, one of which was marked by Wolfe Tones GAC’s first competitive victory in half a century. 2021 was much smoother.

The group of men, having never played together as a unit, never shirked at the prospect of stepping up this year to play in the Junior Football Championship against teams that have been vying to win it for the last number of years. The decision to play JFC was an attempt to begin the process of closing the gap between where we are and where we want to be. Undoubtedly, every single player took away important lessons and that will better the entire team. The season was tough, but it provided crucial organisational learning.

Despite a long injury list sustained throughout the year the men dug in and fielded in all games, including an intense run of four games in twelve days. That is a testament to their commitment to participate in Gaelic games and represent Wolfe Tones GAC. With a few additions next season, they will surely make their mark in County Antrim competition structures.

The end of the first competitive season marks an important staging post for the development of our senior men’s team. It provided a sound learning process for this young team while also creating a visible football structure for our underage Gaels to aspire to. On a personal level, I believe having that unit for inspiration for young children beginning their Gaelic games journey is as important as any single win or championship.

Although the team still has a journey to travel, the right personnel are in place throughout the club to facilitate future success. Appropriate support, proper planning and a patient approach will ensure we crack it – that is a statement of intent.

I would like to pay tribute to all Wolfe Tones footballers, along with their coaching panel Enda McAtamney, Tony Curran, Gavin Cumiskey and Brendy O’Hara. They all served this club with distinction. 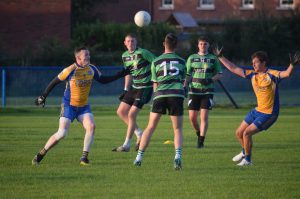