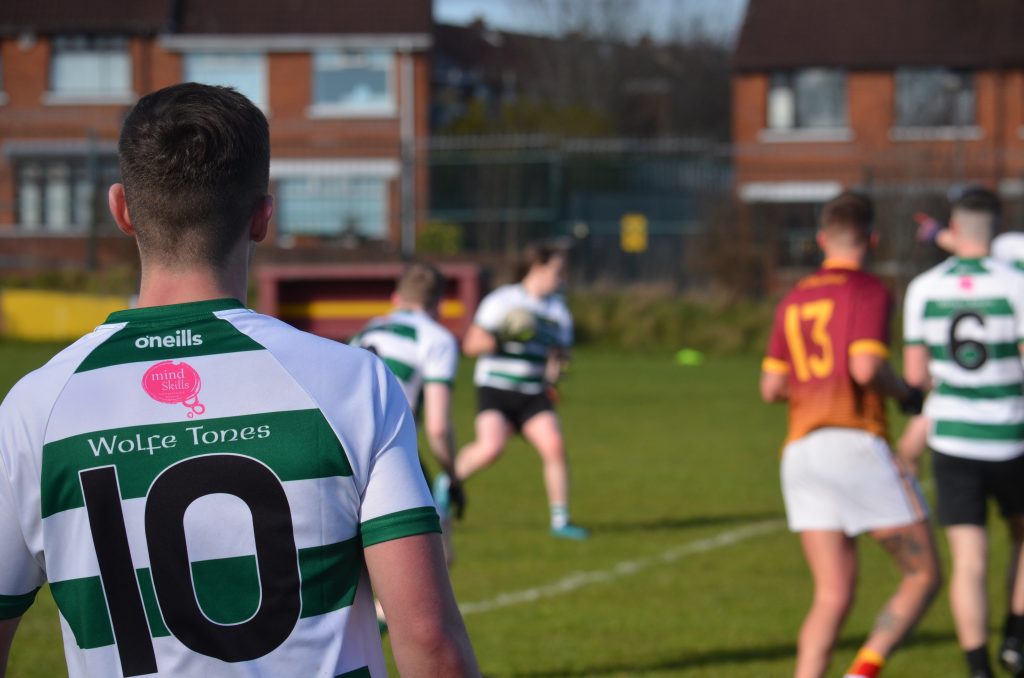 In a repeat of the fixture that closed out last year’s championship journey for Wolfe Tones, an improved performance from the Greencastle men was unfortunately not enough to bring the points back to North Belfast on the opening day of the league season.

Second-half goals from Aodhan Moloney and Jonah Magill canceled out O’Ds efforts which hit the back of the net either side of halftime but with O’Ds stroking the ball over the bar nine more times than their opponents the league points stay on the Whiterock rather than going to the Whitewell.

At times a tumultuous affair which saw a number of cards flashed from referee Gerard Rice’s notebook, O’Donnell’s experience in the All-County leagues perhaps stood them in better stead as they closed out the game nine-point winners. Though Wolfe Tones, now under the stewardship of Gavin Cumiskey, will no doubt be buoyed by the intensity they managed to produce, particularly in the latter stages of the game.