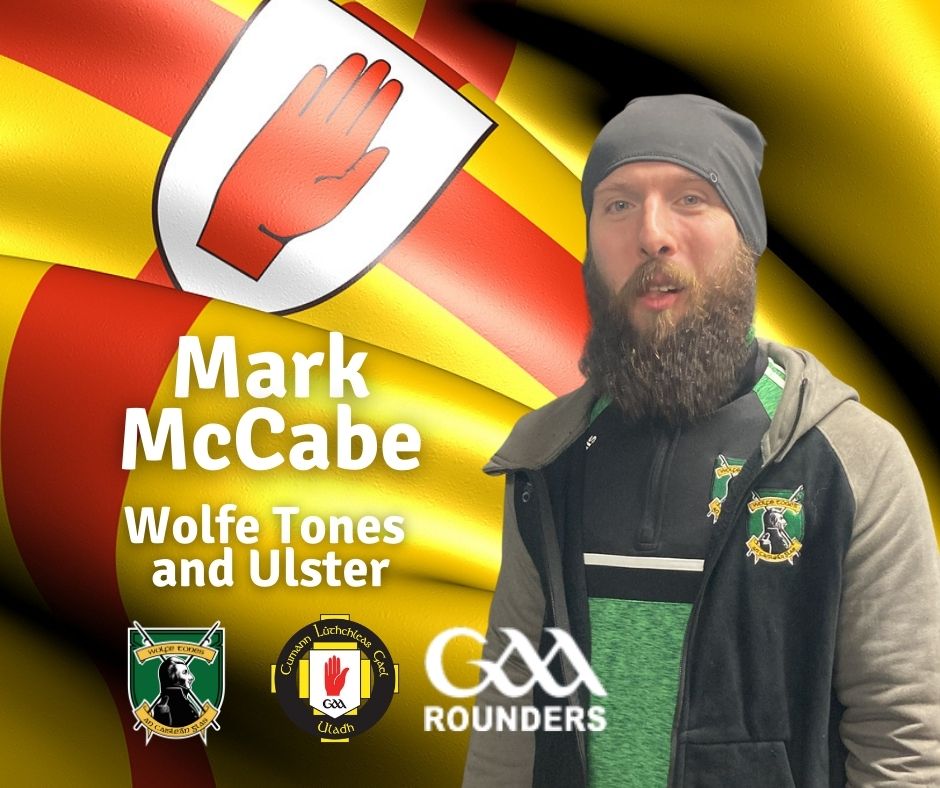 Despite being a little over two years old, the reformed Wolfe Tones Club in Greencastle has gone from strength to strength, with the club now embarking on All County League for men’s football, the entry of the women’s team into the county league and championship structures and dipping their toes with a Camogie taster on Sunday. But success for the club has come in another field, and one not too familiar to many clubs throughout the county, or indeed the province.

Rounders will be a sport familiar to many children up and down the country as a popular staple of PE teachers but not many people know that Rounders is one of the four sports administered by Cumann Lúthchleas Gael, alongside Football, Hurling and Handball and despite its revival in the 1950s it’s a code that has thus far failed to enter the mainstream of GAA clubs, particularly in Ulster, and indeed this time last year there were no clubs in the six counties offering the game at all.

With the effects of the lockdown and many people re-evaluating what they wanted to do with their leisure time, Wolfe Tones saw a massive explosion in membership last year, pushing towards three hundred members by the time of the club’s recently held AGM. This was driven, in large part by women, with the start of a G4MO unit in late spring, which quickly developed into a senior ladies squad that attracts upwards of 40 women to training on a regular basis, but upon realising that Rounders was a GAA sport, some within the club started to hold sessions in late summer, which continued right up to Christmas.

Traditionally dominated by midlands counties, it will come as no surprise that Ulster’s rounders heartlands skew southwards around Cavan and Monaghan but a resurgence in the bat and ball game this last 12 months has seen three new clubs spring up with Sean Treacey’s in Portadown and St Trea’s in South Derry also joining the fray.

That culminated last week with Ulster Rounders holding trials for the provincial squad in Armagh for the upcoming Interprovincial tournament to be held in Abbotstown at the end of March and a surprising, but well deserved call-up to the Ulster team for Wolfe Tones’ Mark McCabe.

Mark, as you might expect, is new to Rounders but is a keen athlete, having previously been a frequent marathon runner and once completed a 54 mile run across the Mournes. This is actually his first experience with Gaelic Games of any kind and in just a few short months he’ll be taking to the pitch in Abottstown in gold and black.

Rounders restarts after the winter break on 27th February at the Valley V36.