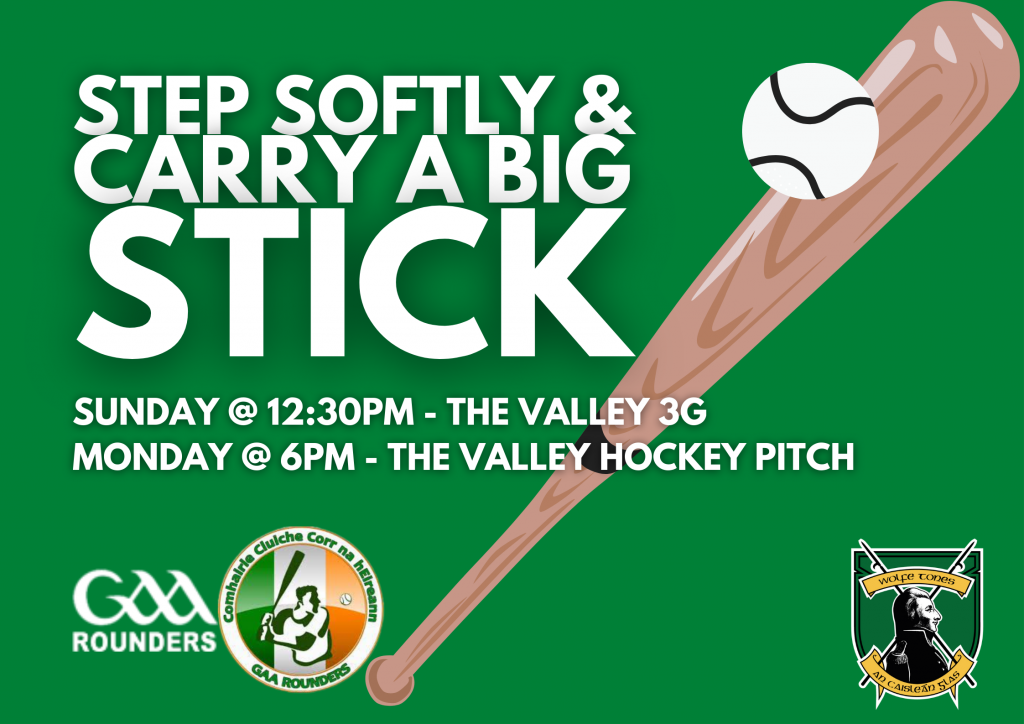 This time last year, GAA Rounders existed in clubs in Ulster in Monaghan and Cavan only but Wolfe Tones GAC has become the latest club in the 6 counties to establish a rounders unit and is the only club in County Antrim to offer the sport with other clubs springing up in South Derry at St Treas and Sean Treacy’s Hurling Club in North Armagh.

Rounders is one of the original sports mentioned in the GAA charter in 1884 and is one of the four sports still administered by the Association today, alongside hurling, football and handball.

The game, which is widely accepted as the origin of the American Baseball can be played by mixed gender teams and has been running on a trial basis within Wolfe Tones since the summer.

With steady numbers and an unbridled enthusiasm, primarily driven by G4MO players Margaret McKenzie and Mary Bailie, the club committee this week voted to ratify the rounders unit.

A number of taster sessions will take place over the next few weeks at The Valley V36 for anyone interested in trying out this new offering.