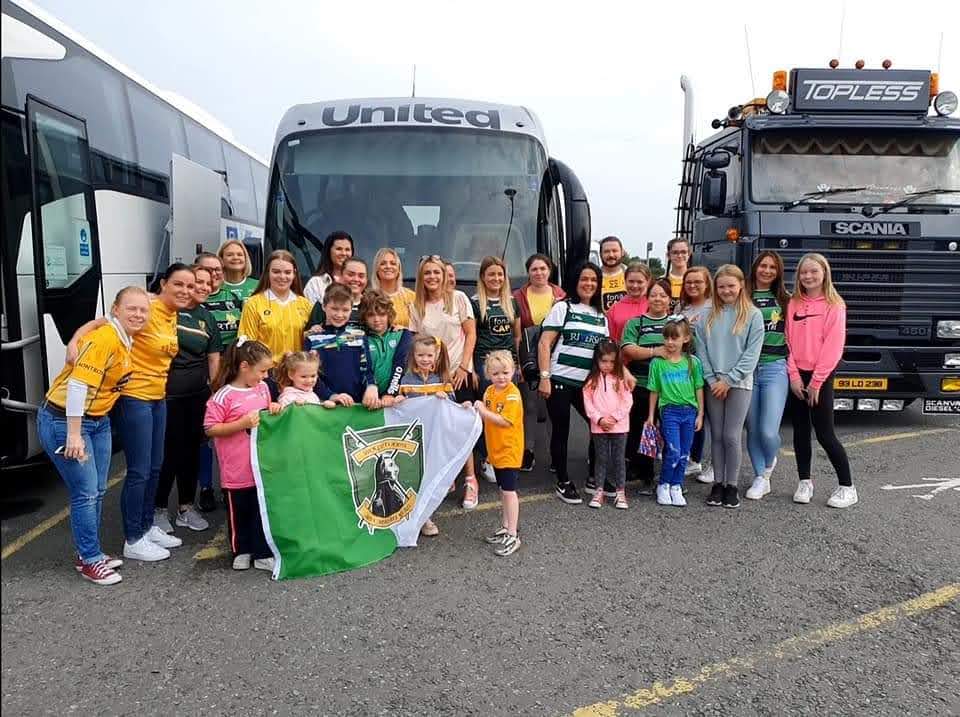 I would like to take the opportunity to close the year out by thanking all of our coaches and volunteers who contributed to Wolfe Tones GAC in 2021. This year was a ground-breaking one for the club that saw our membership quadruple and club operations reach a new level of sophistication. That was sustained by a wave of talented and committed volunteers who took ownership of the club and set about growing Gaelic Games in an area where it was previously absent.

The particular highlights of 2021 include: our men’s team taking their first venture into championship football, the development of our underage section, the establishment of our senior ladies’ team and the launch of the club’s first strategic development plan. The combination of those elements gave Wolfe Tones an incredible energy and renewed sense of direction. The strategic development plan, the culmination of 7 months hard work, included the views, ambitions and desires of the entire club to provide a roadmap to elevate Wolfe Tones GAC to a new level.

2022 will be focused on achieving some of the objectives set out within the development plan in an appropriate timeframe. The club has earnestly begun a conversation to re-establish Camogie within the Greencastle area to provide a further outlet for women and girls to participate in Gaelic Games. An energetic Rounders contingent has been working tirelessly to develop that code within the club and will start the New Year as a fully affiliated unit. Our burgeoning underage section will be entering a minimum of four GoGames age groups to continue their Gaelic Games journey.

The nascent Wolfe Tones senior ladies’ team will be entering Antrim Division 3 structures as the first competitive LGF team in the club’s long history. The senior men’s team, the catalyst for the club’s revival, will be embarking on a new phase of competitive development and pushing on to fulfil the potential of its current players. Recreational games remain a key plank of Wolfe Tones’ strategy as an effort to normalise and embed Gaelic Games in the wider community. The Gaelic for Mothers and Others programme that started in May called forth dozens of women previously uninvolved in football and gave them the opportunity to play for the first time in a non-competitive environment. Those who joined brought a new dynamic to the club. A Croke Park official recently told me that this was one of the great success stories of 2021.

Furthermore, the men social footballers came in great numbers to kickabout against the backdrop of a relaxed atmosphere, many coming from different sporting backgrounds to give football a go. A concerted effort will be made to grow this group and ensure the ‘dads and lads’ have access to Gaelic football throughout the year. Off the field a new cohort of young and talented committee members will be inducted, diversifying the club’s skills base and allowing it to improve its operations in various fields. Those young people will undoubtedly add to the experience already present and become lightning rods for growth over the next few years.

The coming year will also see significant effort exerted to build on the cultural aspect of our activities. In the second quarter of 2022 Wolfe Tones will be hosting a cultural festival that will focus on the promotion of Gaelic language, music, dance and games. Going forward, this can be the fulcrum of culture-led regeneration in Greencastle. 2022 can be the year Wolfe Tones GAC takes preparatory steps in exploring getting a home for the Gael. The year will be laden with opportunities.

Opportunities are for those who seize them.